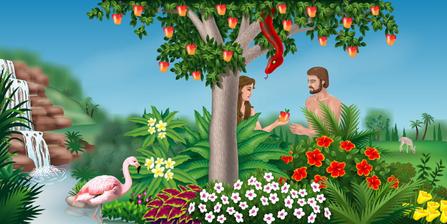 Hinduism has roots in prehistoric times, over 5,000 years ago. Hindus worship a single god with different forms. The oldest surviving text of Hinduism is the Rigveda dating to the Vedic period,1800 BCE.

Historical roots of Jainism trace back to 9th-century BC with the rise of Parshvanatha's non-violent philosophy. Mahavira the 24th Jain stressed five vows, including ahimsa (non-violence) and steya (non-stealing).

Gautama Buddha, founded Buddhism. Missionaries spread Buddhism across Asia. It's decline and disappearance by th 11th century CE in India is attributed to the Buddhist focus on renunciation as opposed to familial values and private property and Hinduism's appropriation of Buddhist and Jain ideals.

During the 14–17th centuries the Bhakti movement swept India. It was initiated by a mystics who cast aside ritual, caste, philosophy, and simply expressed their overwhelming love for God.

Guru Nanak (1469 – 1539) founded Sikhism and is the first of the ten Sikh Gurus. His birth is celebrated on the full-moon day in the month of Katak, October–November. He tought of one God who dwells in every one of His creations and constitutes the eternal Truth. He set up a unique spiritual, social, and political platform based on equality, fraternal love, goodness, and virtue.[

The Noahide Law is traditionally the instruction given to Adam and Eve, repeated to  Noah and his family, followed by Abraham and reiterated within the universal portion of the revelation to Moses. It is acknowledged by such Jewish authorities as Moses Maimonides as being discoverable through reason by the “wise of the nations”. Maimonides was a contemporary of Saint Thomas Aquinas. The substance of this code is the historic source of the norms of “natural law”, which are the basis of the American revolution. “Throughout the ages, scholars have viewed the Noahide Laws as universal norms of ethical conduct, as a basic concept in international law, or as a guarantee of fundamental human rights for all. Encyclopedia Britanica – 1991 – “Noahide Laws.” The Stoics conceived of an entirely egalitarian law of nature in conformity with the logos (reason) inherent in the human mind.this notion was reflected in the writings of St. Paul (c. 10–67 ce), who described a law “written in the hearts” of the Gentiles (Romans 2:14–15). The Apostolic Decree recorded in Acts 15 is commonly seen as a parallel to Noahide Law. The 18th-century rabbi Jacob Emden proposed that Jesus, and Paul after him, intended to convert the gentiles to the Noahide laws while calling on the Jews to keep the full Law of Moses. “Then Jesus spoke to the multitude, and to his disciples, saying, the scribes and the Pharisees sit in Moses’ seat: All therefore whatsoever they bid you observe, that observe and do.” Matthew 23:2 and 5:18-19. Hugo Grotius the philosopher and legal theorist of the Dutch Renaissance was familiar with the Oral Torah and the Noahide Code. His masterwork, On the Law of War and Peace, is the basis of international law. Grotius’s faith in the God of Moses, and his belief in a basic God-given universal Law permeates his writings and influenced thinkers like Hobbes, Paine, and Locke which gave birth to the American Revolution. Is there a Rule of Morals, or Law of Nature given to us? Yes. JOHN LOCK ESSAY ON THE LAW NATURE: This law of nature can be described as being the decree of the divine will discernible by the light of nature. It appears to me less correctly termed by some people the dictate of reason, since reason does not so much establish and pronounce this law of nature as search for it and discover it as a law enacted by a superior power and implanted and implanted in our hearts. Neither is reason so much a maker of that law as its interpreter…It is not known or made known in the same way as positive laws … it is ... known to men because it can be perceived in the light of nature itself.

Statement Between Jerusalem and Rome

........In our shared journey, by the graciousness of the Most High, we are presently experiencing a fruitful moment of dialogue. This is reflected in the Statement Between Jerusalem and Rome which you have issued and which you present to me today. This document pays particular tribute to the Second Vatican Council’s Declaration Nostra Aetate, whose fourth chapter represents the “Magna Charta” of our dialogue with the Jewish world. ..... Nostra Aetate noted that the origins of the Christian faith are to be found, in accordance with the divine mystery of salvation, in the Patriarchs, in Moses and in the Prophets. It also stated that, given the great spiritual heritage we hold in common, every effort must be made to foster reciprocal knowledge and respect, above all through biblical studies and fraternal discussions (cf. No. 4). .....

..... Your document is addressed to Catholics, speaking of them as “partners, close allies, friends and brothers in our mutual quest for a better world blessed with peace, social justice and security”. It goes on to say that “despite profound theological differences, Catholics and Jews share common beliefs” and also “the affirmation that religions must use moral behavior and religious education – not war, coercion or social pressure – to influence and inspire”. This is most important: may the Eternal One bless and enlighten our cooperation, so that together we can accept and carry out ever better his plans, “plans for welfare and not for evil”, for “a future and a hope” (Jer 29:11).

On the occasion of your welcome visit... I would invoke upon you, and upon all of us, the blessing of the Most High for the shared journey of friendship and trust that lies before us. In his mercy, may the Almighty bestow his peace upon us and upon the entire world. Shalom alechem!

Statement Between Jerusalem and Rome - Jews view Catholics as our partners, close allies, friends and brothers

The Road Forward
Despite the irreconcilable theological differences, we Jews view Catholics as our partners, close allies, friends and brothers in our mutual quest for a better world blessed with peace, social justice and security.

We understand our mission to be a light unto the nations to include contributing to humanity's appreciation for holiness, morality and piety. As the Western world grows more and more secular, it abandons many of the moral values shared by Jews and Christians. Religious freedom is thus increasingly threatened by the forces of both secularism and religious extremism. We therefore seek the partnership of the Catholic community in particular, and other faith communities in general, to assure the future of religious freedom, to foster the moral principles of our faiths, particularly the sanctity of life and the significance of the traditional family, and “to cultivate the moral and religious conscience of society...........

Despite profound theological differences, Catholics and Jews share common beliefs in the Divine origin of the Torah and in an ultimate redemption, and now, also, in the affirmation that religions must use moral behavior and religious education — not war, coercion, or social pressure — to influence and inspire.....

We seek to deepen our dialogue and partnership with the Church in order to foster our mutual understanding and to advance the goals outlined above. We seek to find additional ways that will enable us, together, to improve the world: to go in God's ways, feed the hungry and dress the naked, give joy to widows and orphans, refuge to the persecuted and the oppressed, and thus merit His blessings.

Both Hindu and Jew  believe  in  One Supreme Being both in its formless and manifest aspects.

Sefaria is a non-profit organization dedicated to building the future of Jewish learning in an open and participatory way. We are assembling a free living library of Jewish texts and their interconnections, in Hebrew and in translation. With these digital texts, we can create new, interactive interfaces for Web, tablet and mobile, allowing more people to engage with the textual treasures of our tradition.

The covenant that God has offered Israel is irrevocable.That there can only be one history of God's covenant with mankind, and that consequently Israel is God's chosen beloved and people of the covenant which has never been repealed or revoked (cf. Rom 9:4; 11:29), ....... 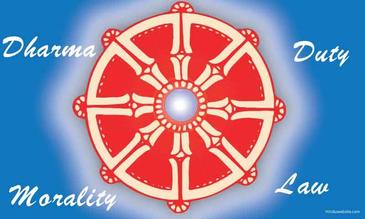 To promote understanding between Christians and Jews, build broad support for Israel, and replace our history of discord with a relationship marked by dialogue, respect, and cooperation.

A History of Helping

The International Fellowship of Christians and Jews (The Fellowship) was founded in 1983 by Rabbi Yechiel Eckstein.

Over the years, we have been leaders in Jewish-Christian relations, building bridges of goodwill that have led to greater understanding and cooperation between members of these two great faiths. We have helped hundreds of thousands of Jews escape poverty and anti-Semitism and return to their biblical homeland, funded humanitarian assistance that has touched the lives of millions of Jews in Israel and around the world, provided life-giving aid to Israel's victims of war and terror, and much more. Learn more about IFCJ's global reach.

International Fellowsship of Christians and Jews

The Indian subcontinant is the birthplace of Hinduism, Buddhism, Jainism and Sikhism. 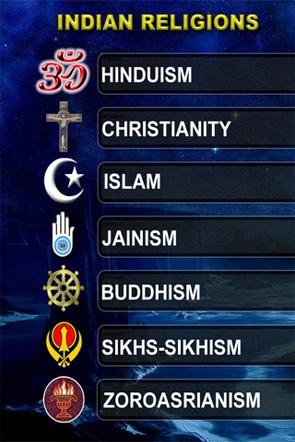 Hindu dharma includes the religious duties, moral rights and duties of individuals, as well as behaviors that enable social order, right conduct, and those that are virtuous. Dharma is that which all existing beings must accept and respect to sustain harmony and order in the world. It is neither the act nor the result, but the natural laws that guide the act and create the result to prevent chaos in the world.

Dharma according to 4th century Vatsyayan

Thou shalt not: adharma
1. steal – or commit theft
2. commit violence
3. Sexual indulgence with other than one’s partner
4. Speak falsehood
5. Caustic talk
6. Covetousness
7. Denial of existence of morals or religiosity

Thou shall: dharma
1.Charity
2. succur the distressed
3. rendering service to others
4.tell the truth
5. talk with good intention
6. gentle kind talk
7. self study
8. compassion
9. faith in others.